I’ve been playing around with the Google Home for a little while now, getting to know its capabilities and downfalls. Having been a massive Google user for a long time, I just knew I had to try one of these new smart speakers out.

This is Google’s first smart speaker device and was the second well-known smart speaker on the market, following Amazon’s Alexa. Of course, Apple is now entering the market with the new HomePod, meaning die-hard Apple fans will be turning away from the Android-favouring Google Home.

As expected, the Google home is part of the “Made by Google” product range, which currently also includes products such as the Chromecast and the Pixel, which you can read about here. All products in this range are built for each other, and there is certainly undeniable romance between the Home and the Pixel. 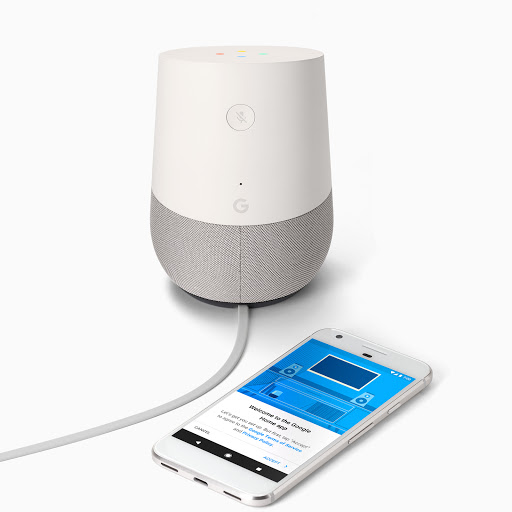 The Google Home is incredibly easy to set up and is designed to make its integration into your home as simple and swift as possible. It’s almost as simple as plug-n-play if you want it to be, however, there are some optional features such as linking your music service that can make the process take a little longer. 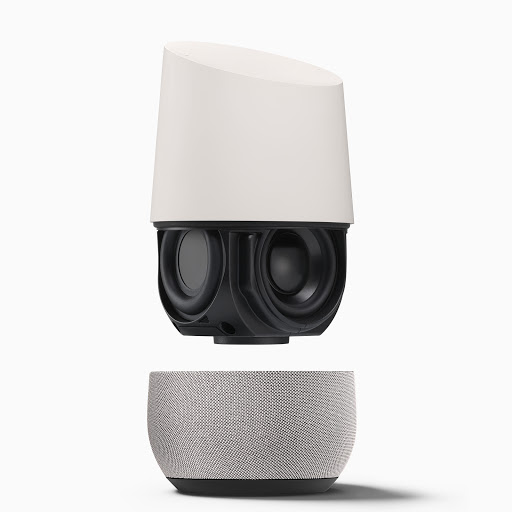 The Home is definitely a powerful device, and with the Google Assistant API as a foundation, this speaker is really something. The casing of the Home hides a tri-speaker system that ensures you have great sound quality from any angle. The inbuilt microphone is also quite sensitive, so it’ll be able to hear your “Okay Google” from the next room.

The features I personally use most are the radio and music streaming. It’s as simple as “Okay Google, play BBC Radio 1” or “Hey Google, play music by Coldplay”. For the latter, you’ll need to ensure you’ve connected a music streaming service such as Spotify, have purchased a Google Play Music subscription or have uploaded the music you want to play to your own Google Play Music library.

Of course, this speaker can do other things like tell you the weather or inform you of any delays on your way to work. You can also use it to create shopping lists, set reminders or search for answers to questions on the web. If you have a Chromecast or Chromecast Ultra, you can say “Okay Google, stream Kaiser Chiefs music videos to my TV” and it will do just that, provided your Chromecast has power.

Of course, the Home can connect to any other smart-home devices you have around the house, such as Philips Hue light bulbs or a Hive/Nest thermostat. I personally don’t own any of these things, though I do hope to in the future. Let me know if you want to see a review on these 😉

My favourite feature of the Home has to be voice recognition. You can link it to multiple Google accounts, each of which can have a voice profile associated with it. This allows you to check your personal calendar or play your favourite music.

I should probably mention that the top of the Home acts as a touchpad, allowing you to change volume and pause music by just drawing a circle or tapping respectively.

Like all good products, unfortunately, the Google Home does have some drawbacks. It doesn’t have its own battery, meaning it always has to be plugged in and can’t be moved around the house like a conventional wireless speaker. It can also take a while to process a command if your internet is slow, and because of this can pick up words being said elsewhere in the house. A dog’s bark will also completely throw it off track and you’ll have to start the command again.

Because of the voice recognition feature, you can’t share music streaming service subscriptions. For example, if Joe has linked his Spotify account in the Home app on his phone, and has voice recognition set up, Bill can’t then use Joe’s subscription to play music unless Joe runs the command. This can result in the Home being unable to play the music or playing other music in Bill’s Google Play Music library. It would be great if there was some way to grant permission to other users to use your music subscription.

Sometimes the Home can’t recognise thick accents, but most of the time it will be able to pick up what you’re saying. I haven’t had much trouble when I’ve had guests around, so this isn’t really a massive problem.

I wanted to leave this until last because I cannot find any problems with the way the Home looks and feels. It has the most amazing texture and the LEDs on the top of the device look great. I think that the default base for the Home looks really good, though it is interchangeable and new ones can be bought from a number of places. The slanted top allows you to easily access the touchpad and the home definitely does not look out of place, even on antique furniture (we had ours on a Welsh dresser for a while).

If you can’t tell, I’m absolutely in love with the Google Home. As mentioned previously, I’ve been a Google addict for years and I was really excited when this arrived on the market. There are a few changes I’d like to see over the next few months, but otherwise, I would definitely recommend purchasing this device if you’re looking for a smart speaker for your home.

Thanks for reading this review, if you have any feedback or tips for the Home, let me know. Also, drop a comment on products you want me to review in the future. I mentioned some other smart-home devices earlier, and if you want me to review those I’ll definitely need to see some support for them.